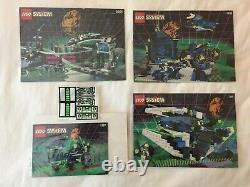 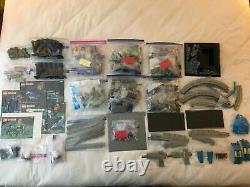 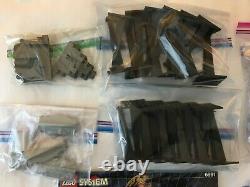 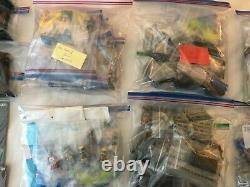 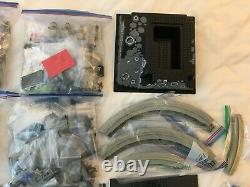 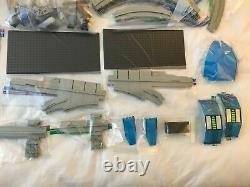 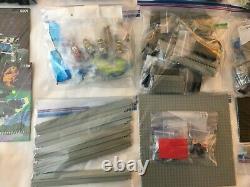 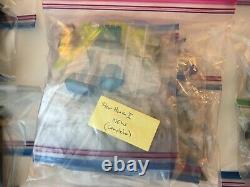 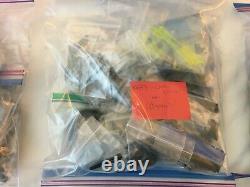 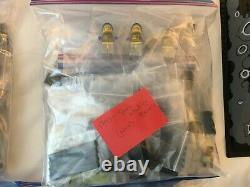 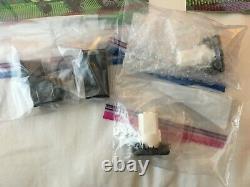 This listing is for all four New and unused LEGO Unitron System sets (and several bonus items). All sets are guaranteed 100% Complete with all original elements, instructions, the extremely rare unused sticker sheet for set 6991 and any extra parts that were originally included in the sets. We are also including a New Unused set 6705 Space Explorers, which incorporates Unitron. (ii) an additional Monorail Motor 9V with Long Couplings (not sure if this one was used but does show some wear marks from storage); and (iii) an extra set of all of the fully labeled parts for set 6991 (in excellent condition) we are including the additional motor and labeled parts so that purchaser can use the set without having to use the new motor and/or the original sticker sheet (both of which are extremely rare) in case they want to preserve.

All sets are new and unused old stock that were originally opened and parted out for sale with many other sets. We are in the process of re-assembling many of these original kits and clearing out our Lego entire collection. NO BOXES ARE INCLUDED and THERE ARE NO SEALED BAGS. Please note that while the pieces are new and unused, some of them may have micro-scratching or other barely noticeable marks from being moved around with other open Lego parts/elements over the years, all of which is not uncommon, even in new unopened sets directly from Lego, but they are otherwise new and have never been used in any build. Please note the instruction manuals also have signs of being moved around over the y, especially the instructions for set 6991 (which is our last remaining booklet and may have been flipped through lightly) used since it does show some wear, but is in excellent condition.

We have thousands of New and Unused vintage LEGO parts (and several sets) still available - mostly from the late 1980s (mostly 1990s) and very early 2000s. PLEASE SEE OUR OTHER LISTINGS. The item "LEGO System Unitron Lot All Four Sets 1787 1789 1793 6991 NEW Unused READ +BONUS" is in sale since Thursday, October 15, 2020. This item is in the category "Toys & Hobbies\Building Toys\LEGO Building Toys\LEGO Complete Sets & Packs". The seller is "nycraven" and is located in New York, New York.

This item can be shipped to United States, Canada.