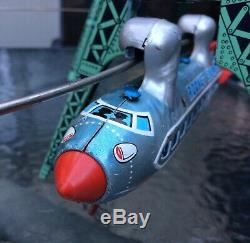 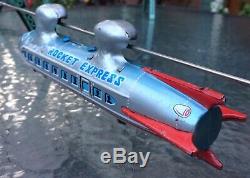 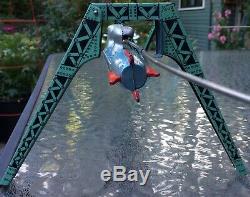 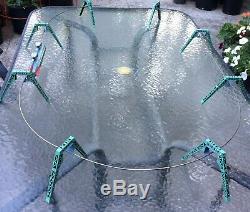 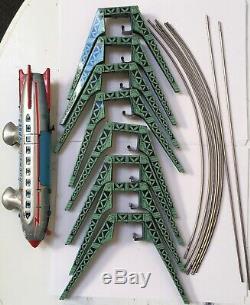 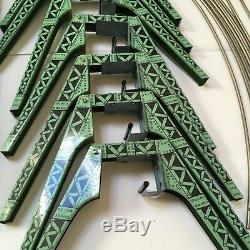 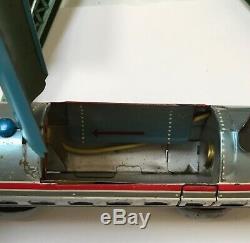 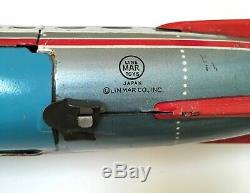 This one does not have a lighted headlamp - it is just red plastic. The rocket is well worn. The battery compartment is clean and nice. 1 Monorail Car the Rocket Express.

Battery (D) is not included. To build the monorail, connect the pylons (the green brackets in the photo) with the metal rails.

The Rocket travels along the spring tensioned rails; large round extensions on top of the rocket hold the motor drive. It has two modes: forward, and reverse. The control lever, which is on the underside near the nose cone, moves easily. This one works as is.

It moves at a reasonable pace, and gets stuck if it has to move slightly uphill. The metal supports bow very slightly. If you wanted it to move fast, apparently a rubber grip on the front wheel can be replaced professionally. Otherwise, these older toys with worn/dried/out grips can drag or move very slowly on the track. The item "RARE 1950s Vintage LINEMAR ROCKET EXPRESS Space Rocket Monorail Cable Car WORKS" is in sale since Friday, July 12, 2019.