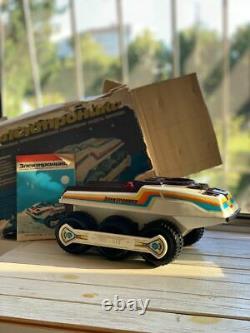 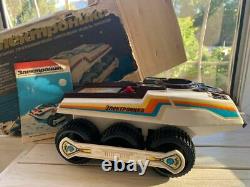 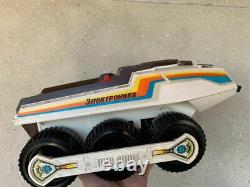 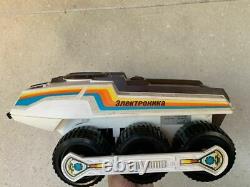 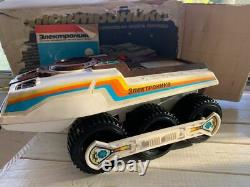 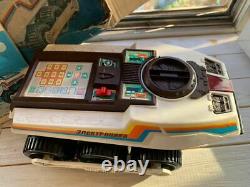 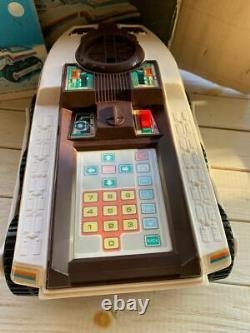 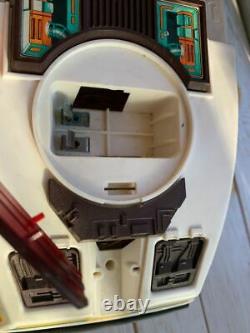 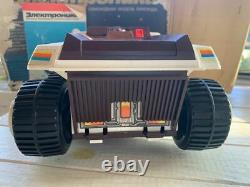 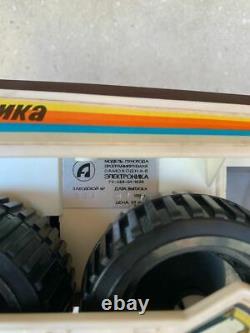 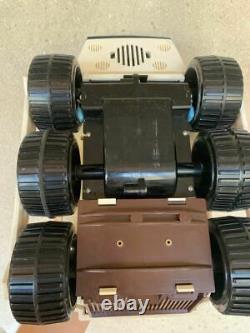 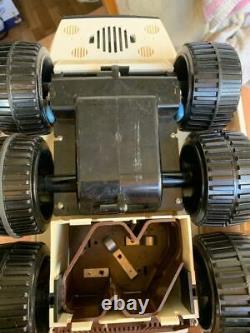 I don't know if it works. Needs a good examination by a specialist. For a long time it was in the personal collection.

There are instructions for use. There is no original box. Look carefully at all the photos.

In the USSR, a clone of a toy called "Electronics IM-11" was released. It was produced by the Solnechnogorsk Electromechanical Plant (SEMZ). As indicated in the instructions, the toy was intended to develop in children aged 6-12 years of interest in technical creativity, programming skills, and broadening their horizons. The early model, "Lunokhod", is almost a complete clone of the original European version, but there is no trailer connection, as well as the OUT button.

In some of the copies, the inscriptions on the keyboard are translated into Russian, in the other part - not. Instead of an optocoupler, a reed switch is used as a distance traveled sensor.

Added a plastic bumper with a pressure sensor, which turns off the toy with a complete erasure of the program when it hits an obstacle. In 1988, Science and Life magazine published an article describing the capabilities and structure of the toy. The power switch has been moved from the top panel to the back of the toy, and the keyboard background color has been changed from gray (as in the original) to bright yellow. In the next version (probably the last one), changes were made to the color and the colors of the plastics used changed to white-blue. As in the original toy, all electronics are placed on one board and consist of two microcircuits and additional elements. Microcircuits and current switches are located on the board in a similar way to the original. The microcontroller microcircuit is made in a different case, has a non-standard designation UU-1 and the logo of the SEMZ plant. The instructions said that the toy's microprocessor contains 10,000 transistors, which is about 2,000 more than the original TMS1000 microcontroller. The second microcircuit, KM1010KT1, is a domestic analogue used in the original SN75495 toy.

I ask you to respectfully understand the situation! However, we will try our best to minimize it. I will provide you service as best as we can, cause the feedback and is what we are striving for. If you need any specific product - write me a personal message. I will be glad to help him find it.

Wish you a good day and good shopping! This item is in the category "Toys & Hobbies\Robots, Monsters & Space Toys\Space Toys\1970-Now". The seller is "koba4k" and is located in this country: UA.